Casting a Spectogram into Concrete 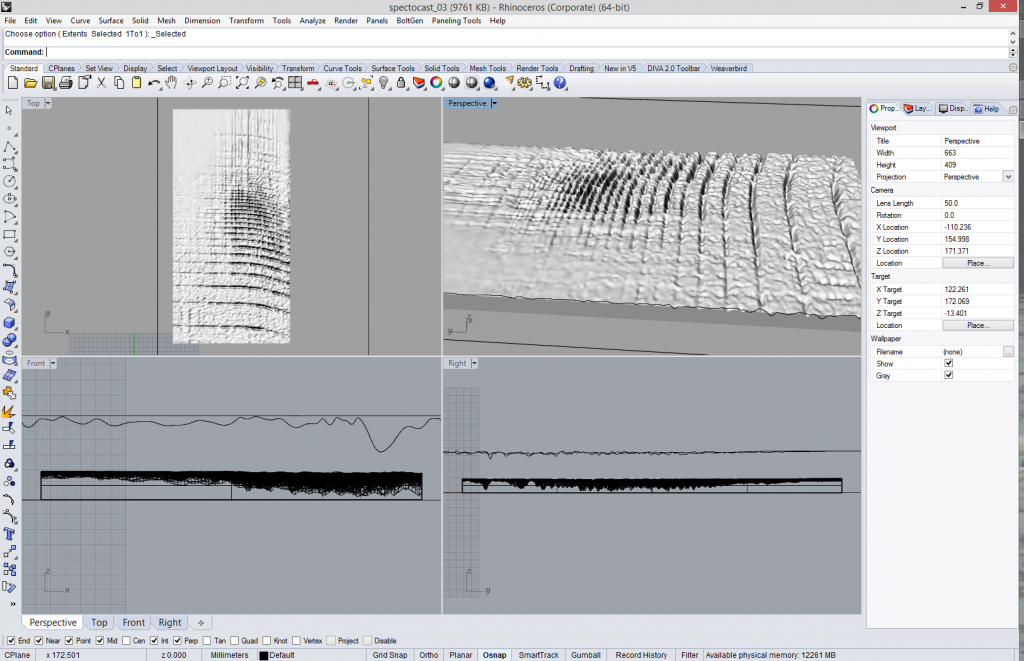 I chose a spectogram as the source image to cast against because the image has both large and small features and regularized, data derived textures.

In the above image I created a heightmap from a selected portion of a spectogram from an earlier study where I recorded ambient noise in 9 locations in Pittsburgh and visually analyzed them.  This selection shows the sound recording of a passing helicopter.  The spectogram is detailed enough to see features too minute in volume or duration to hear.  In the spectogram of the passing helicopter you can see individual vertical lines that denote the individual copter blades beating the wind.  The parallel horizontal curves show the multiple frequencies at which the sounds of the helicopter resonate.

Recording of passing helicopter slowed by 10 times with pitch maintained

Initially I was going to mill the “spectocast” from foam and then I decided to mill from MDF. I have lots of both materials so maybe I still will.

The milling process will likely not give me the desired resolution.  So I am currently 3D printing a plaster positive and a plaster negative.  This will give me a high fidelity original.  Each print is 5″ by 2.5″. 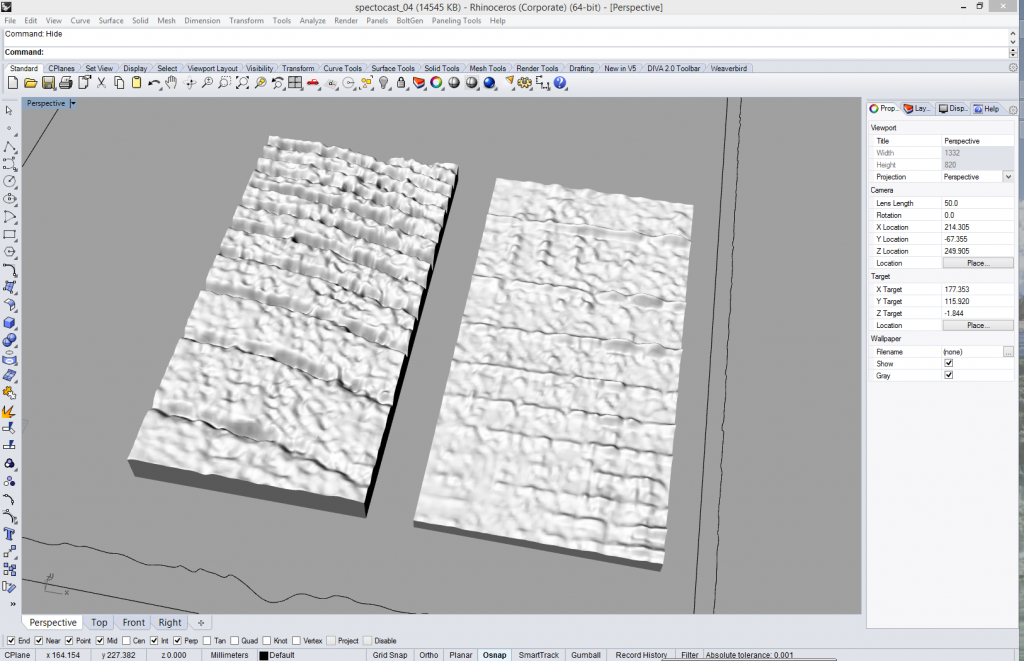 The prints will be used to make positive and negative latex or silicone molds which can be used repeatedly.

I recognize that fidelity will be lost to the concrete that I am using.  The concrete features a rough aggregate which I may make even more rough with the addition of metal particles.  If any loss in fidelity occurs in the process of creating a final cast, I would like it to be the result of the properties of the cast material.

Once I have a latex or silicone mold, I can create casts using varying concrete aggregates (including rockite) and compare the results.