When presented with the topic of Ornament and Texture, I couldn’t help but wonder at its origins before considering its implications for architecture in modern life.

An Origin Story for the Decorative Arts

In the history of life on Earth, the Human brain is an unprecedented evolutionary adaptation.  Species with the greatest “staying power” tend to be species with generalized traits that are suited to a wide range of environmental conditions.  The evolutionary adaptations that resulted in Homo sapiens are, however, highly specialized.  Rather than endure environmental change by being adequately equipped for multiple ecologies, Humans use their intellect to alter their immediate surroundings to suit continued survival, proliferation, and migration.

Over hundreds of thousands of years there is an observable expansion of the Cerebrum and deepening of sulci in the brain, allowing for greater surface area, a corollary for cognitive capability.  With this comes greater faculty in memory and communication.  Thus Humans developed a sense of ego and nostalgia and with this the desire for story telling.

Story telling lead to the need for record keeping so that stories could be passed down between generations.  The earliest known cave paintings have been dated to 40,000 years old.  This development transcends the geographic isolation that segregated early populations of humans.  Cave paintings of similar age have been found on every continent with the exception of Antarctica.

Paintings preserved deep in caves are our only record of this early form of representative communication.  We can only speculate about the types of depictions that may have been carefully scrawled on the backs of animal skins or on rock surfaces that were not protected in the depths of caves.  There is evidence of the invention of textiles as early as 34,000 years ago which would have served as wall covering in early dwellings.  Early textiles would come to incorporate imagery and the methods of weaving would ignite an interest in pattern making and design. 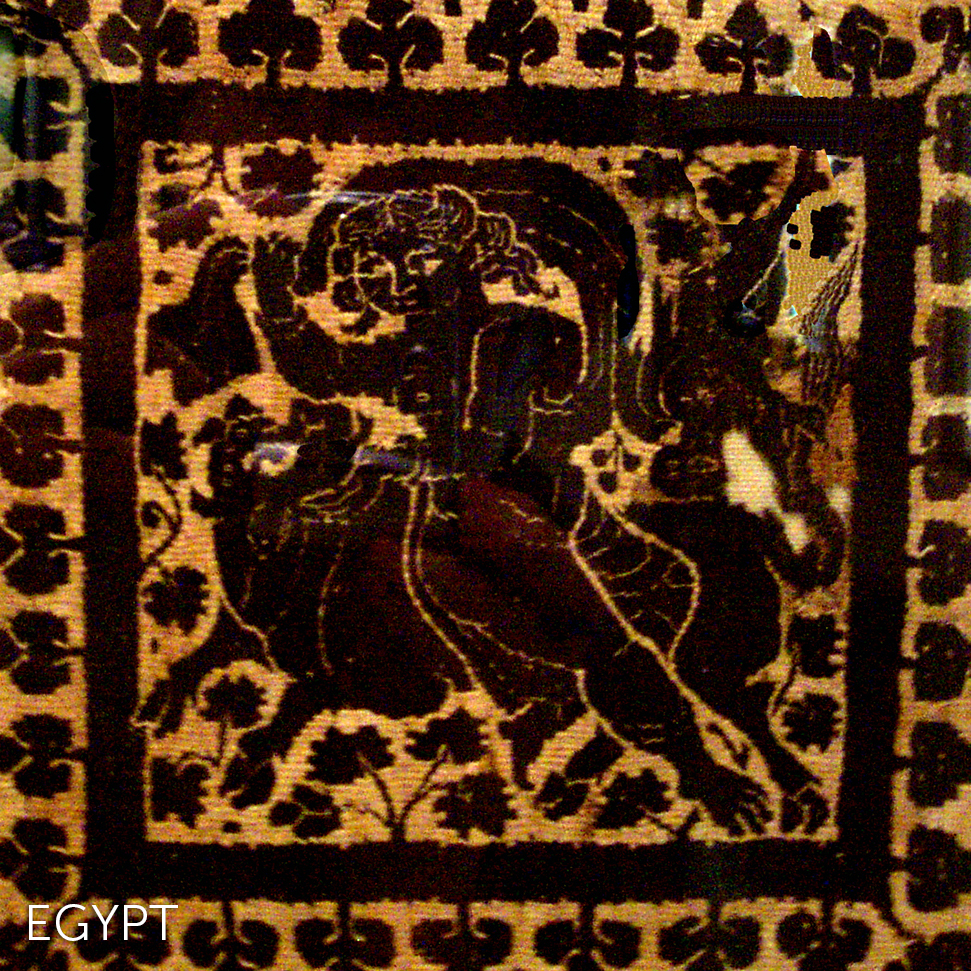 By the Bronze Age, Humans had gathered into population clusters and formed ancient cities.  An increase in economy lead to primitive socialism and the construction of public structures. Accustomed to decorative furs and tapestries in their homes, designers and sculptors incorporated similar colorful imagery and detail in these new public buildings. 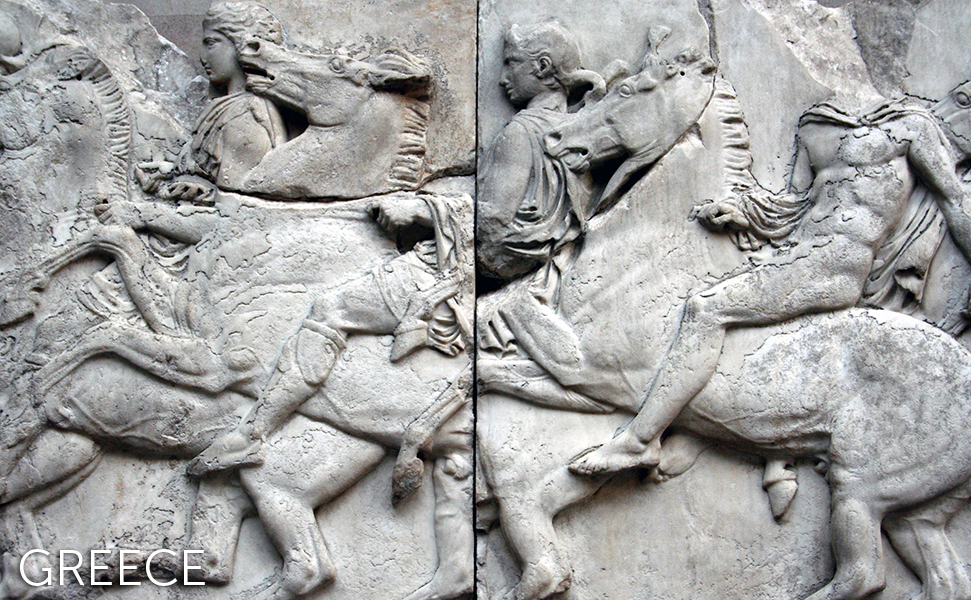 For a few thousand years this nostalgia fueled replication and reinterpretation became the modus operandi for architects and sculptors.  Architectural details derived from early post and beam huts became preserved as an architectural language that traveled to the far reaches of empires.  Representations moved away from depiction and record making and became an aesthetic unto itself.

In regions with strong Islamic followings, the desire for beauty was just as strong in other places but representative art conflicted with religious teachings.  A different kind of aesthetic was born, an aesthetic focused on dazzling the eye with intricate geometry. 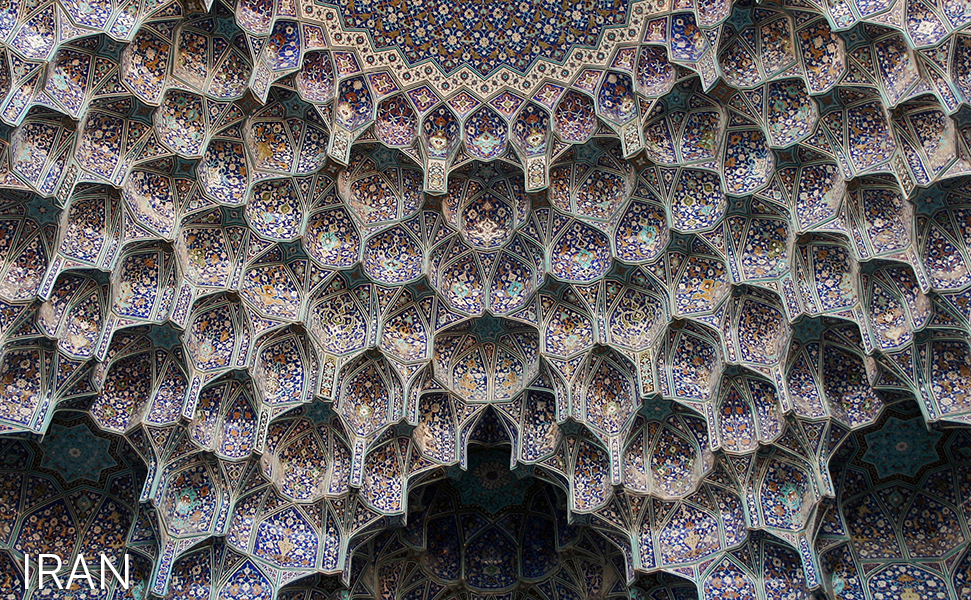 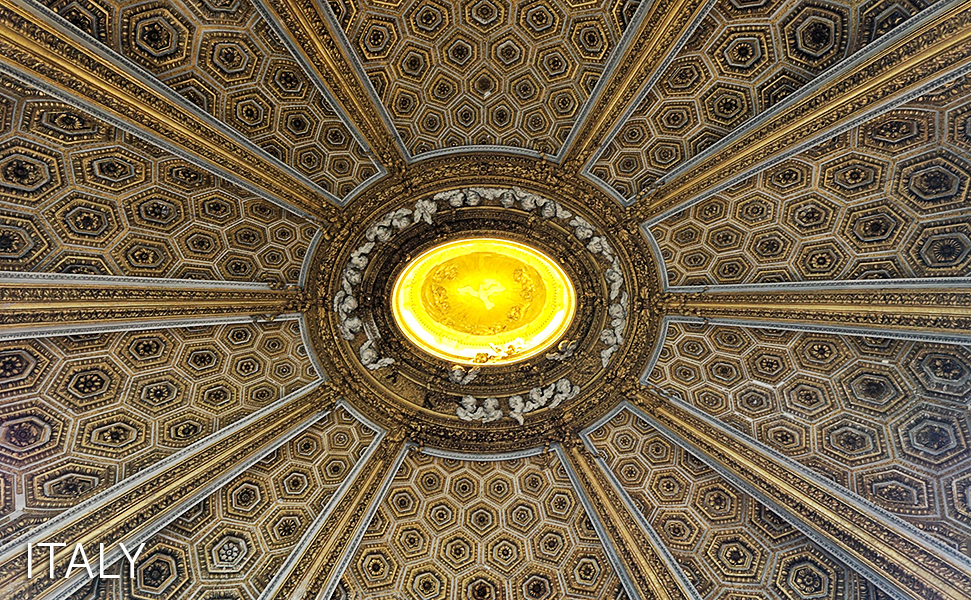 Ornament and Texture After Modernism

Modernism sought to give designers a clean slate free from the intellectual baggage associated with over 2000 years of replication and reinterpretation.  With the “clearing of the slate” came a new ethos that turned its back to ornament, texture, and pattern.

In recent years two developments are allowing for a fresh look at the potential for ornament in architecture.  The first is a liberalized attitude toward design approach and language.  No longer is architecture held to the standards of classicism or modernism.  In the wake of such strictness the field is now both reflective about the past and open to fresh ideas for the future.  The second development is the introduction of new methods of designing and making that allow for unprecedented complexity and customization.

If Classicism is an opera singer and Modernism is an Olympic athlete then the future of ornament in architecture is a figure skater.  The ornament performs with grace, efficiency, and precision while entertaining and challenging onlookers.

Jean Nouvel’s shading mechanisms for the Arab World Institute [1987] are an example of the type of ornamentation that architecture could begin to incorporate and embrace.  The design for the system is driven both by perfomative requirements and the aesthetic heritage of the Arab world.  Patterns are created by the repetition and arrangement of a single simple component.

The facade at Gantenbein Vineyard [2006] by Gramazio & Kohle is another example of ornament through the repetition of a single simple element.  The bricks of the facade both filter light and provide a windbreak for the fermentation equipment contained within.  The effect of the off-kilter brick stacking gives the illusion of depth, light, and shade and cleverly incorporates relevant imagery.  The visual texture invites the onlooker to move about the vineyard to observe how their perception of the structure changes.

Implications for Architecture in Modern Life

Ornament was born from a uniquely human desire for expression.  It evolved from a means of communication into a symbol for beauty, power, and wealth.  Through iterations of replication and reinterpretation, ornament and texture became superficial and gausche.

With new tools to create, architects are now able to incorporate a new generation of intelligent, performative ornament and texture into designs of any scale.  After years of modernist austerity, will there be an appetite for an architecture of digitally generated intrigue?