I milled formwork out of a block of Medium Density Fiberboard.  The geometry is based on the spectogram models that I worked with.

I used a 1/2″ flat bit for the horizontal roughing pass which removed the majority of the material.

The custom finishing toolpath I designed would have destroyed too much of the spectogram so I instead tried to use a horizontal finishing pass.  RhinoCAM ran into errors with this because the geometry features details that are too fine.

In retrospect I could have been a little more creative with this stock finishing pass type.  I could have increased the stepover to leave behind extra material and have parallel finishing passes at 0 degrees of rotation, 30 degrees, 60 degrees, 90 degrees, 120 degrees, and 150 degrees.  These additional passes would be most apparent at the points of intersection, where the increased stepover leaves behind a ridge. 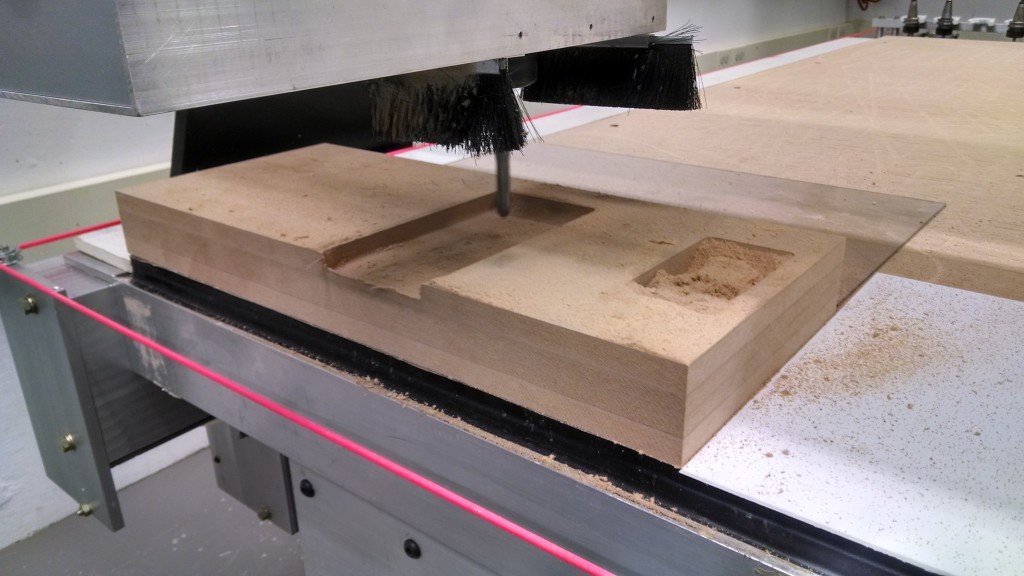 As you can see I accidentally moved this part of the mold at the last minute.  This resulted in the mill removing a side.  I ended up laminating a piece of scrap wood over the opening. 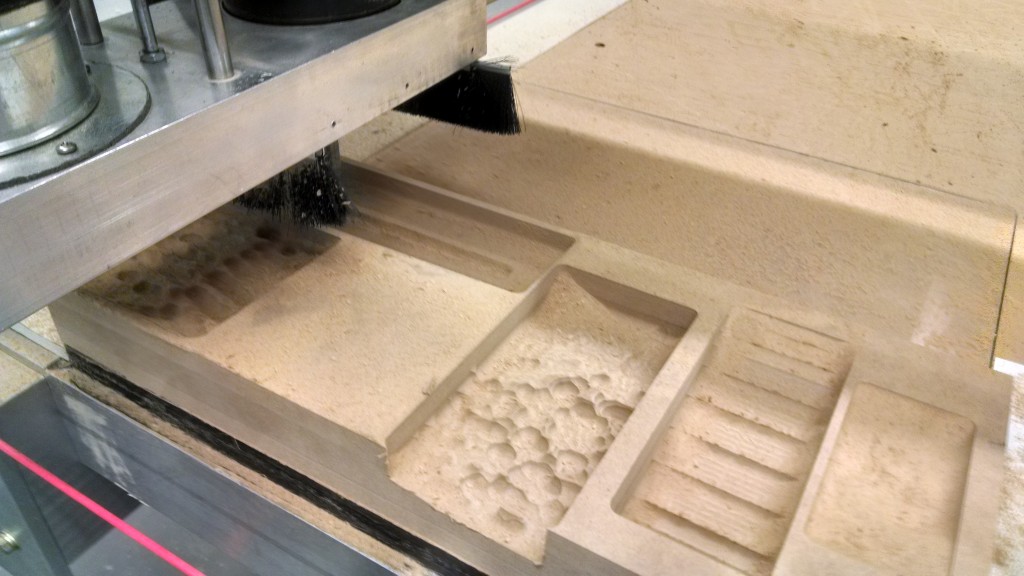 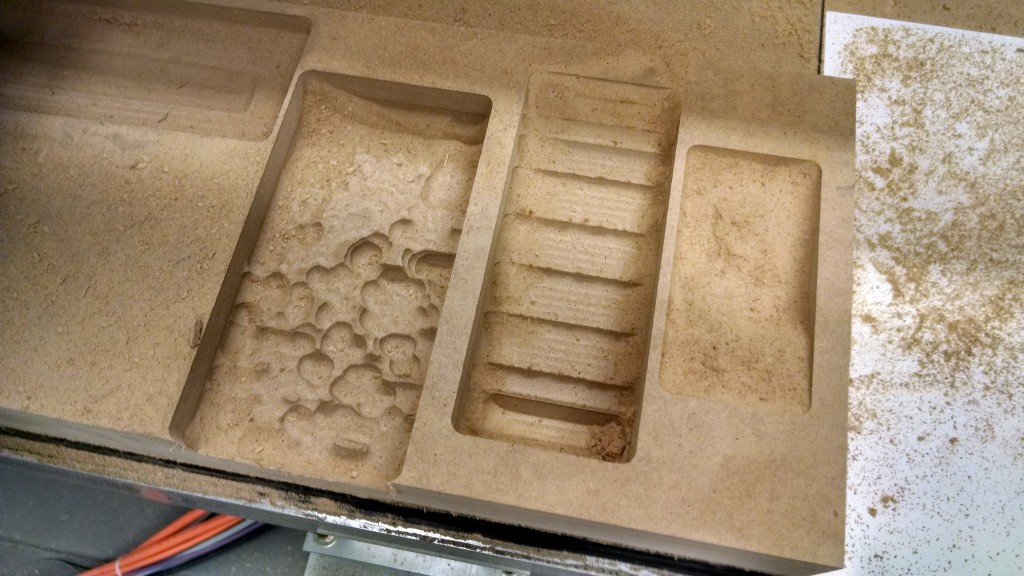 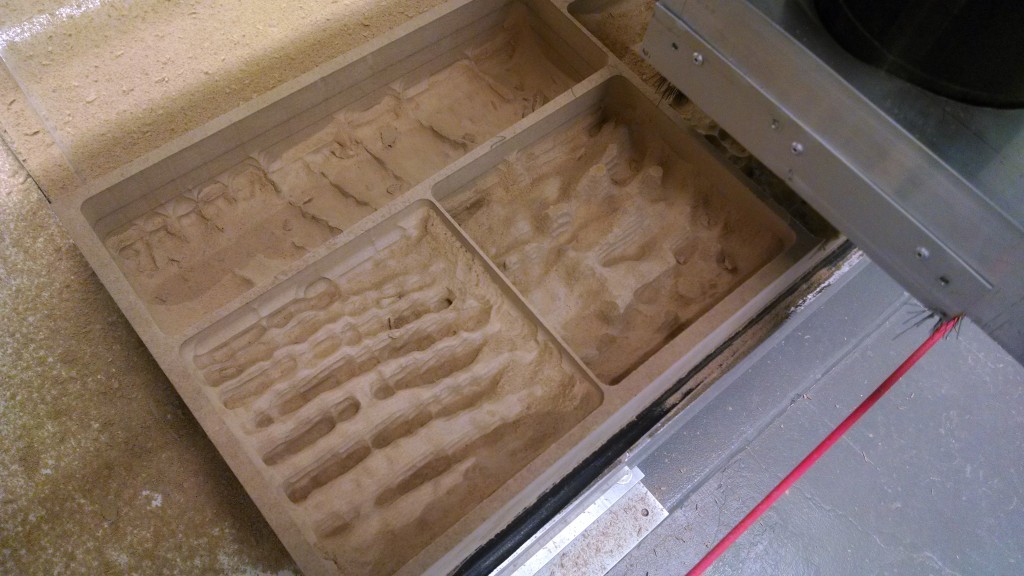 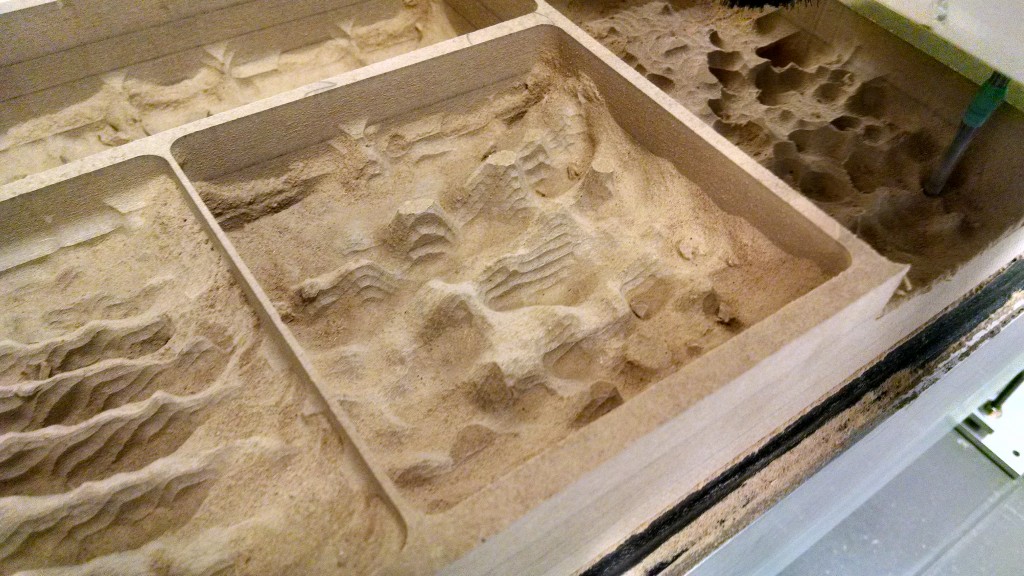 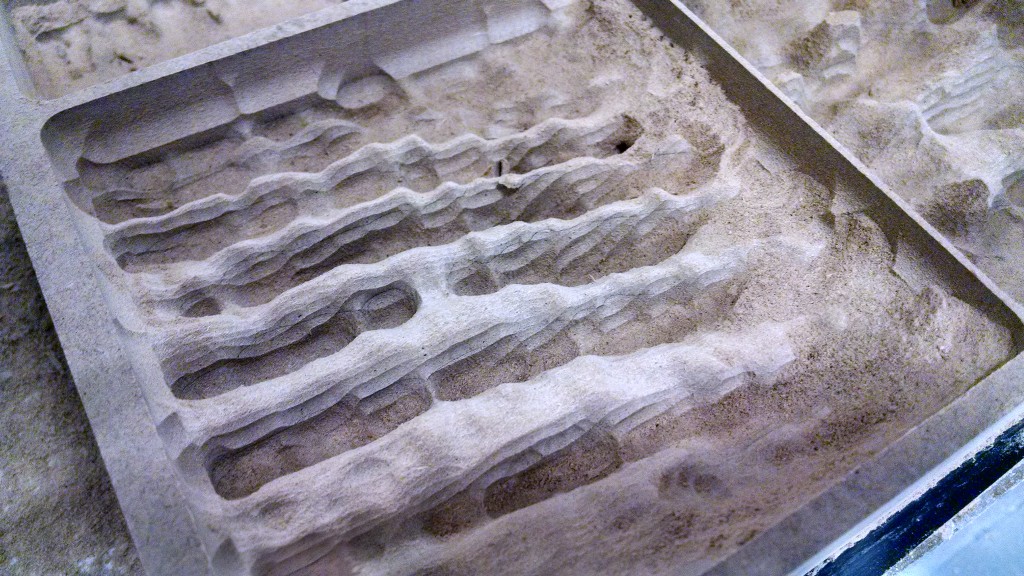