The cardboard boxes I cast into absorbed water and deformed.  The side walls of the boxes bowed outwards, changing the shape of the cast.  The surface of the cardboard warped which left an impression on the casts.  While the casts were trying, I pushed them all together so that they would support each other.

The Vaseline I used as a mold release was effective.  In casts with a higher water content, the texture of the spread Vaseline left an impression.

Mixing chalk into the aggregate works well to color the cast a specific color. 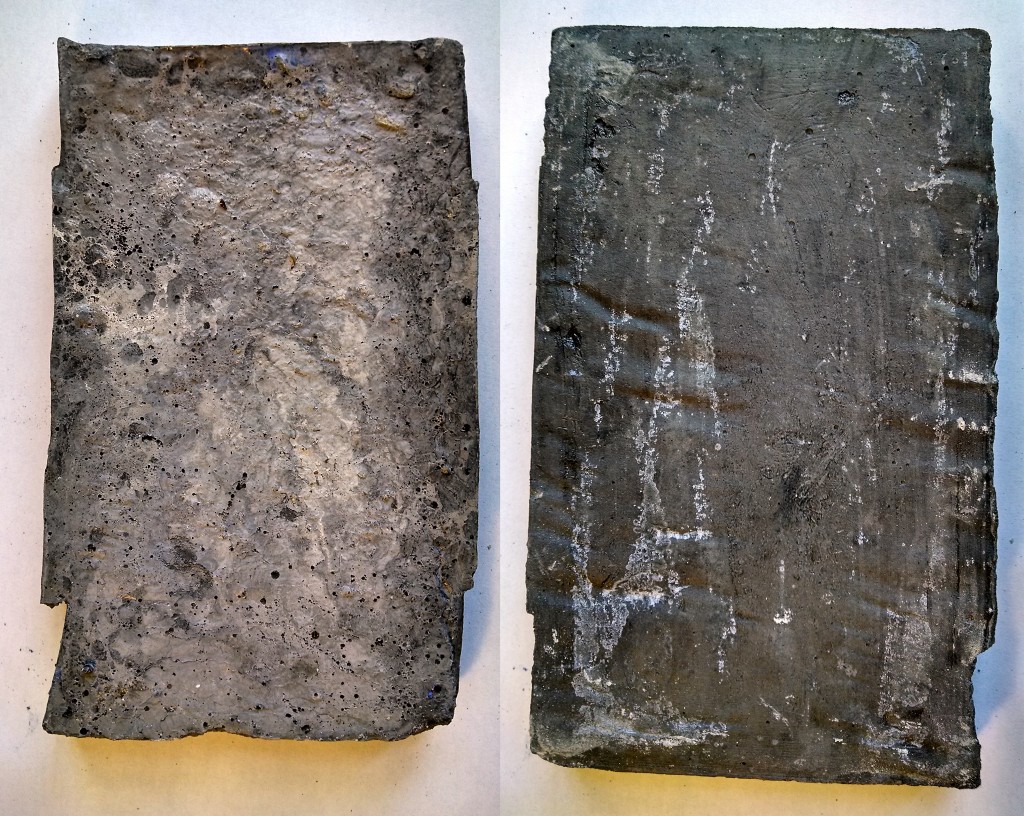 The white streaks were caused by the vaseline mold release. The bottom surface [right] is warped from the cardboard mold becoming waterlogged.

The underside is a homogeneous blue but the exposed surface [left] shows the blue chalk subtly highlighting the structure of the aggregate.

For this first “chalk infusion” I filled tubing with the chalk dust  and poured the concrete over the tubing.  I then removed the tubing leaving the chalk in place within the cast.  The effects are…blah.

You can see that the mold became weakened on one side and the weight of the concrete pushed it outward.

For the next chalk infusion I used a flat piece of wood to press chalk all the way through the concrete to create a “seam” of chalk.  When I washed the panel, the seam dissolved in the water leaving a pitted concrete surface that exposes the cement-aggregate structure.

Observation of Pouring over Chalk

For these ones I covered the bottom of the cast with chalk and poured over it.  When I rinsed the panels, much of the chalk washed away.  Further brushing of the panel would leave chalk only in the deepest parts of the surface, possibly highlighting the texture of the aggregate. 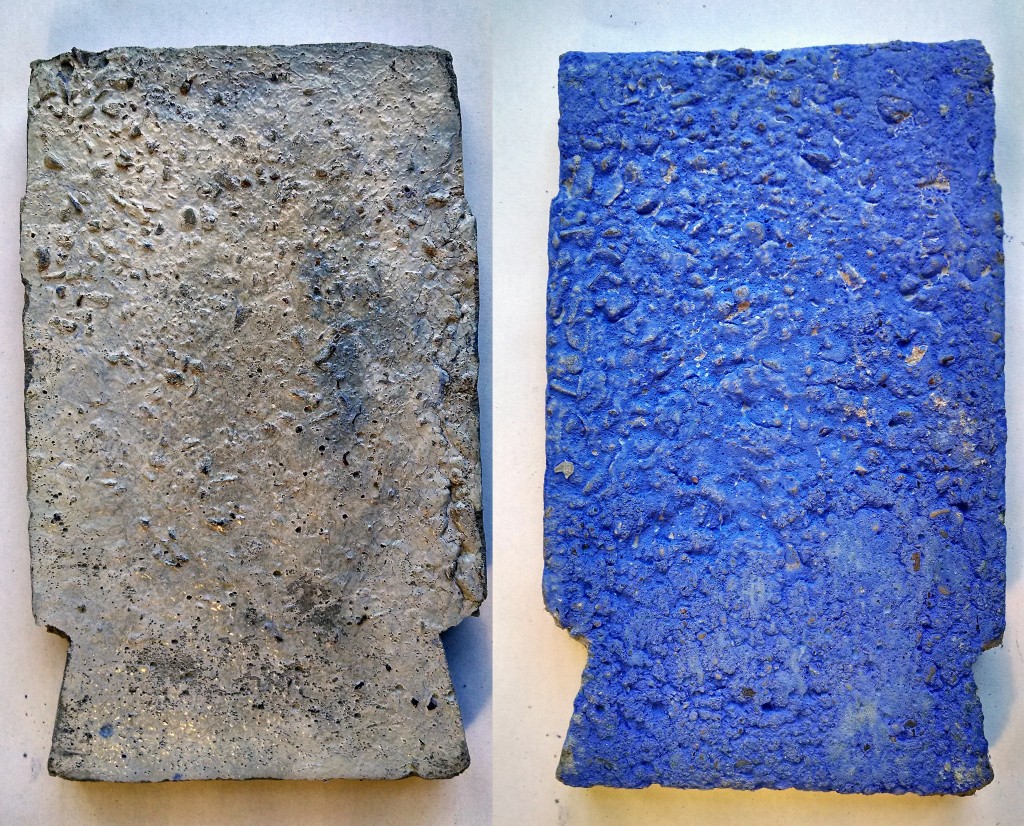